For this tutorial, we will go over on a high level how to use Stretch's ReSpeaker Mic Array v2.0. 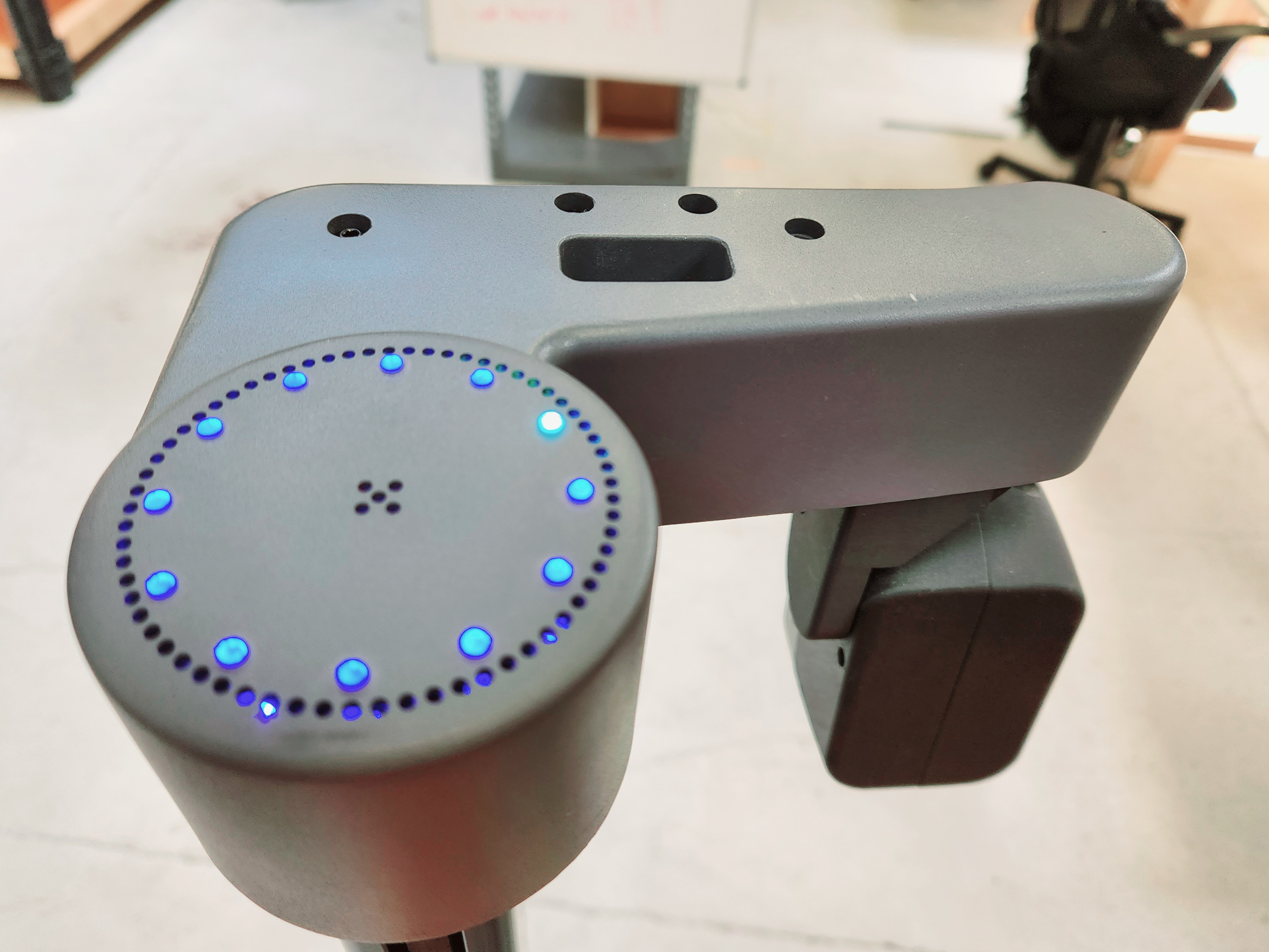 In this tutorial's section we will use command line tools in the Stretch_Body package, a low level Python API for Stretch's hardware, to directly interact with the ReSpeaker.

Begin by typing the following command in a new terminal.

The following will be displayed in your terminal

The ReSpeaker Mico Array will wait until it hears audio loud enough to trigger its recording feature. Stretch will record audio for 3 seconds and then replay it through its speakers. This command line is a good method to see if the hardware is working correctly.

To stop the python script, type Ctrl + c in the terminal.

A ROS package for the ReSpeaker is utilized for this tutorial's section.

Begin by running the sample_respeaker.launch file in a terminal.

This will bring up the necessary nodes that will allow the ReSpeaker to implement a voice and sound interface with the robot.

Below are executables you can run and see the ReSpeaker results.

An example is when you run the speech_to_text executable and speak near the microphone array. In this instance, "hello robot" was said.

You can also set various parameters viadynamic_reconfigure running the following command in a new terminal.